Retaliation happens when management at some level doesn’t want to recognize or acknowledge the initial complaint and would rather silence the employee. This not only creates legal liability risk but often sets up a spiraling conflict within the organization, often with profound consequences for the culture and for trust in management, as well as for productivity, quality, and ultimately profits. An effective retaliation response system should include a review process that is independent of the chain of command, with a direct reporting line that can reach the board if necessary. To be effective, the system must include defined and widely known roles, responsibilities, and expectations for top leaders, board members, managers, supervisors, employees, and compliance, legal, HR, and labor staffs. Confidentiality, absence of conflict of interest among those investigating, and protections against further retaliation are essential. 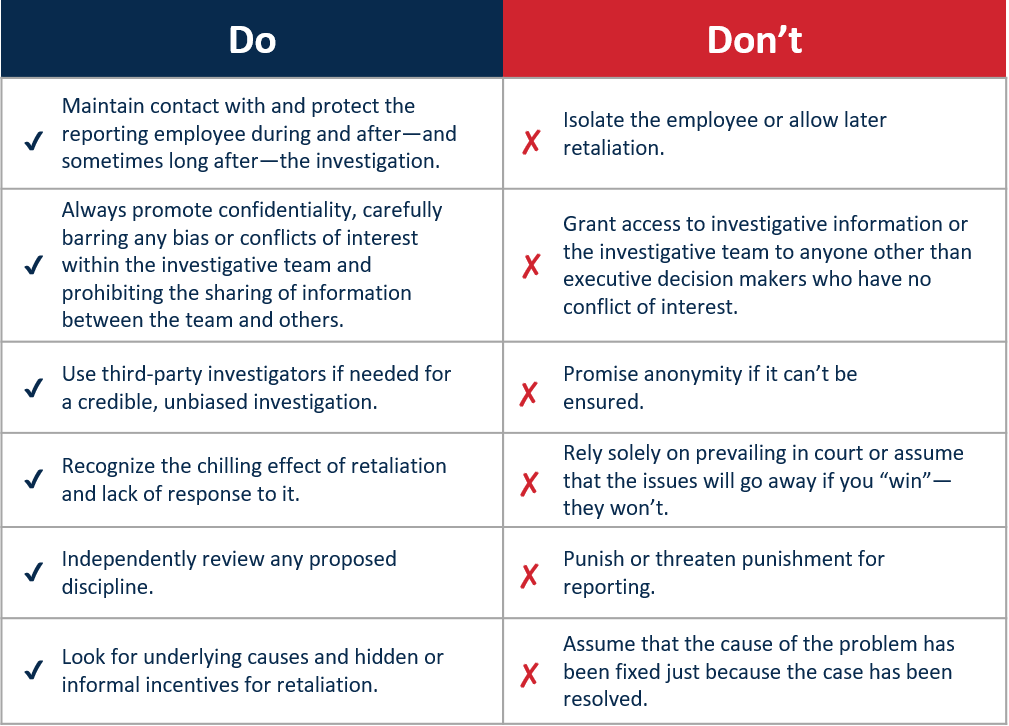 If you have questions about any of these ongoing developments, please connect with Greg Keating, chair of Choate’s Whistleblower Defense Group and a former member of the Federal Whistleblower Protection Advisory Committee.